Endometriosis affects 176 million women and yet we still have a great deal to learn.

We know that women with endometriosis are more likely to suffer from anxiety and depression – this has previously been thought to be a consequence of pain and issues around fertility.

However, it might just be a whole lot more complicated.

In a recently published research paper, a group of scientists argued that it is the endometriosis itself that causes changes in the brain. [1]

Then, all the mice had a series of behavioural tests to assess their mental health.

Who knew you could do that?

The mice with the endometriosis hid in dark corners of their cages and just ‘flopped’ when held up by the tail. Which is what mice do when they are depressed – the other mice tried, quite sensibly, to get away.

The depressed mice had changes in their brain chemistry and function in areas that are involved in pain and mood.

In other words: endometriosis causes pain, and pain changes how your brain works – it reprograms it – and that makes you more sensitive to pain.

Exactly how endometriosis does this, we don’t know. Yet.

BUT, if we can control the endometriosis, we can get your brain back on track. And you can get on with being your fabulous self.

So, make an appointment with Dr Tonia Mezzini today to discuss how the latest research findings can be used to optimise the management of your endometriosis.

Dr Tonia Mezzini is known for offering the best possible advice and treatment options for a person’s sexual health care needs. In particular, she cares for patients with: 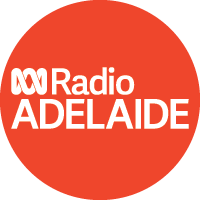